The Local Land Gift that Seeded a National Movement

Imagine a small farm on an island near a densely populated and ever-growing city. On this island, a vibrant agricultural community has emerged over the years, with a committed and talented community of small farmers producing diverse foods and fibers. The nearby city’s growth (and its escalating cost of living) has been fueled by the continually expanding tech sector, which in turn has led to rapid development of farmland nearer the metropolitan area.

How would those development pressures encroach upon the island? How could a different future be ensured for this small farm, and others like it around the country? When its market value doubled, as would happen by 2021, what measures could be taken to prevent this farmland from being turned into a vacation home?

This situation, and these questions, represent the fears, concerns, and realities of hundreds of farmers around the US. They also represent a very specific landowner who made a remarkable decision: Ms. Caroline Gardner of Whidbey Island. 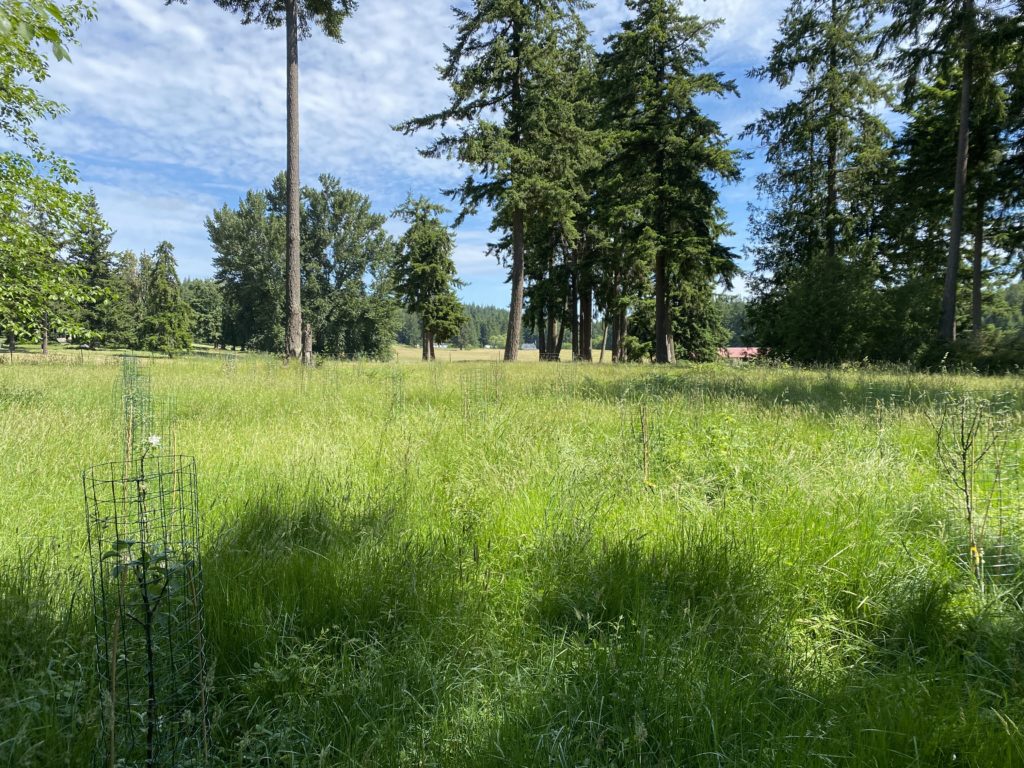 Whidbey Island is the largest of the more than two hundred islands in Washington state’s Puget Sound. Known for its stunning beaches, thriving artist communities, and busy air force base, in addition to a rich community of small farmers, the island spans 40 miles and encompasses three towns, with elevations ranging from 217 to 520 feet. Located 35 miles north of the population-dense greater Seattle metro area, Whidbey has long been a place for urban-dwellers to escape the city—whether just for a weekend, or for a regular ferry commute to a new home. As Seattle has grown, so too have the prices of land and housing in the surrounding areas, and Whidbey Island is no exception. As more people sought island homes, much of the soil-rich farmland was sold into non-farm uses, and even established farmers struggled with finding enough acreage to lease or buy to keep up with the demand of their growing population. One owner of a small farm in central Whidbey, Ms. Caroline Gardner, recognized the pressures her community was facing, and was seeking a new solution. She heard about Agrarian Trust and its mission to ensure land access for next generation farmers and began to think about a future for her land that would keep it in agricultural production for the community. Inspired by the words of director Ian McSweeney and founder Severine von Tscharner Fleming, Ms. Gardner contacted Agrarian Trust and offered her land to seed a local Agrarian Commons.
All three shared the vision of ensuring that the island and region benefit from a legacy of land and agriculture connected to people and place, and saw the potential to catalyze a community-centric model for farmland stewardship. Working with Konrad Liegel, a Seattle attorney experienced in land conservation and a board member of the Puget Sound Washington Agrarian Commons, Ms. Gardner gifted her ten-acre farm to Agrarian Trust in November 2019. As a result of this incredibly generous gift, several significant milestones have been reached:
Inspiring Land Gifts to the Agrarian Commons
Over time, as Agrarian Trust oversees the formation and management of Agrarian Commons from coast to coast, we will continue to look to Caroline Gardner’s visionary land gift for inspiration. She understands that her legacy of land is the ultimate gift—supporting a living community of people, plants, and animals that will thrive in harmony as a commons in which agroecology guides all stewardship decisions. We know there are other landowners like Caroline Gardner in communities across the country, who understand that the land is not truly theirs, but an inheritance from our ancestors to be held in trust for our descendants. We are excited to share this inspiring story of our first land gift with landowners who may feel the same way about their land as Ms. Gardner did hers
FIND OUT MORE ABOUT DONATING LAND